Tears Make Rainbows in your Soul

I am not even sure that I remember how to do this blog thing.  It has been so long.

Bernie & I had just moved to Portland.  We were living with our son and his then wife and our beautiful grandchildren, Sullivan Bernard and Cassidy Rae.  Oh, and Baxter, the dog.  And tons of chickens.

Our first 2 houses fell through.  That was difficult.  But, looking back, I am so glad they did.  The house that we ended up in in Beaverton is EXACTLY what we wanted.  God was watching over us along the way.

We moved into our home right before Christmas 2018.

At that time, Bernie was still working nights at Providence East Portland.  The commute from our new home was ONLY 1 hour vs. the 90 minutes it took him to get to work from Kevin's home in Hillsboro.  Life was pretty good.  However, Bernie's real desire was to find employment at St. Vincent's Hospital in Beaverton.  The commute would only be 10 minutes each way.  In March, he was accepted to join a new unit there.  It was a step-down from ICU.  There would be weeks and weeks of training and learning new things.  For 12 years, Bernie had been a cardiac nurse.  Now, he would be expanding his field to whatever patient came from the ICU to the IMCU.  From the start, something was wrong.  He was not eating.  I would make him breakfast, and he'd take a couple bites.  He usually brought home most of his lunch, uneaten.  As soon as he finished trying to eat dinner, he would hit the computer and study till he went to bed.  The next morning, the routine began again.  This went on for 2 months.  I was worried about him.  On May 2, 2019, our 38th wedding anniversary, I came home from a meeting to find him just standing in the garage, staring.  He had worked with a new mentor that day and she called into question the order in which he visited his patients at the beginning of shift.  After his shift was over, the charge spoke to him about the way he prioritized his patients that day.  He vehemently defended why he chose to see whom when.  It was not a big thing.  The charge just wanted to discuss it with him.  By the time he got home, during that 10 minute drive, he had lost all confidence in his ability to function as an effective nurse any longer.  He was overwhelmed.   There was no anniversary celebration that night.
The next day, I suggested that we go somewhere for a walk.  It was a beautiful day.  We walked through beautiful forests and wetlands.  School children, out on outings, passed us on the trails.  All the while, Bernie's eyes were on the ground, his hands in his pockets.  I wanted to shout:  LOOK UP!  See the beautiful trees?  Hear the birds?  But, something kept me from doing that.  At the end of our walk, his charge nurse called and they talked for a long time.  I went walking on my own while they spoke.  Whenever I was within hearing range, I would hear Bernie again trying to explain why he chose to treat his patients the previous day in the order that he did.  His charge was very kind, but didn't back down a bit.   It was Friday.  Bernie had invited a co-worker from Providence East Portland over for dinner that night.  He was in no shape to entertain, but he tried.  Houston was a real friend, understanding, offering support where he thought appropriate.
Bernie went in the following week and informed the charge that he would not be returning to that unit.  She told him to look into taking medical leave, which he did.  The following weekend, I booked an Airbnb in Rockaway.  I thought some beach time would really help him.  I invited Kevin & the kids to come down, too.  I will just say that it was the saddest weekends of my life with Bernie. 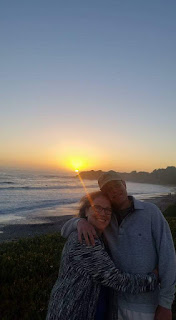 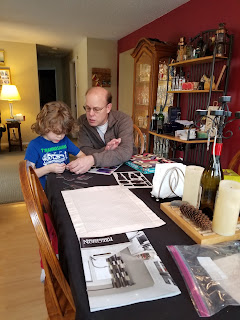 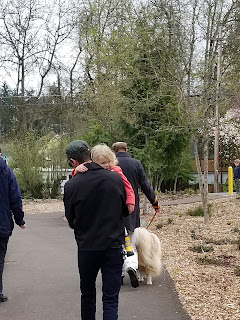 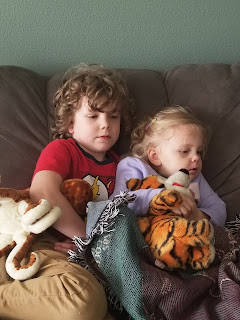 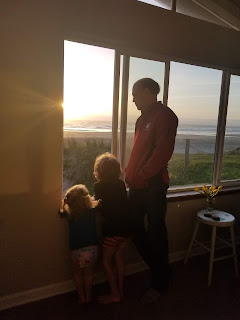