Trouble A-Plenty With A Mix of Fun 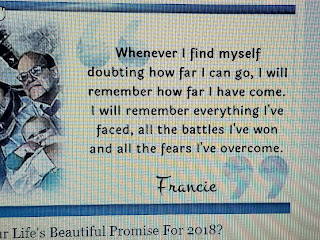 1974 began with a bang, you might say.  Mom had driven to Kalispell and packed up my sister, Pauline, along with her 5 children and spirited them away to Coeur d'Alene.  My sister's husband, the father of the 5 children, simply came home to an empty house on the evening of January 24.  It didn't take him long to figure out where his family had gone.  Mom had been working on my sister for months to join the group, for the good of her soul.  In my sister's defense, I think she was simply worn out and not thinking things through.  She had had babies in 1967, 1968, 1969, 1970, and 1973.  She had a huge garden every year, and canned tons of food to put away for her family.  My sister, Sue, remembers visiting PeeWee (that's what we called her) in the summer of 1973.  She was very, very pregnant with her 5th child, and she was out working in the garden.  But, her kids - oh, gosh!  How I loved her kids!  So, when Mom showed up at the Villa with PeeWee and the kids, my heart was so happy.  The girls at the Villa also fell in love with these little ones.

It wasn't long before Jerry started trying to get in touch with his family.  However, since my sister was now a member of our cult, everything was dictated by schuckardt.  He did not consider their marriage valid in the eyes of the church since it had taken place before a Justice of the Peace.  Pauline was not to see Jerry.  He was the enemy.  I remember him coming to the door of the Villa Maria, and knocking and ringing the doorbell, and being told to go away, my sister didn't want to see him.  One time, someone distracted him while Pauline and I took the kids and ran a few blocks to the home of another cult member, to hide them.  He found us and tried to get her to talk to him, but she would not.  It is sad now.  It was terrifying then.

Jerry was persistent, though.  One day, as we were all walking home from our lengthy church services, a car drove by, Jerry jumped out and grabbed his daughter, Wendy.  He took her into the car with him and off they drove.  Wendy was 6 years old.  It was gut-wrenching for us.  Wendy was now in the hands of someone under the influence of the devil.  What to do?  For some time, Pauline and the kids were sheltered by a wonderful family on Ramsey Road.  I am not sure how long they stayed there.  After they left there, with guidance from schuckardt, Pauline tried to come up with a plan where she could go with the kids and hide away.  Jerry's family had a cabin at Ashley Lake in Montana, and she thought that she and I could go there with them.  I was kind of excited about that adventure, but as it turned out, schuckardt said no. In the meantime, Jerry had pursued legal action.  He showed up at the Villa one day with the police and a court order.  There was nothing we could do.  The kids were gone.  Our hearts were sad.  My sister, who had been nursing her 5 month old baby girl, cried and cried.  And, when her breasts swelled with milk for her little girl, she cried more.  They were gone.  Back to Montana with their Dad.

It was not the first time situations like this had arisen in our cult.  schuckardt, ever the puppet master, dictated what should be done.  In the case of Pauline, he told her that she could return to live with the children and their father in Kalispell.  The "only" catch was that they could not live as husband and wife.  She would have to have a separate room.  And so, she returned to Kalispell, continuing to follow the dictates of a madman in Idaho.  And it was springtime, 1974.

Life at the Villa Maria returned to the regular routine before the 5 little kids had become part of our lives.  I turned 16 in April, and my big celebration was that friends gave me a box of Ritz, a 6 pack of Coke, and M&M's.  Dad came out to visit us for the Easter weekend, and I made him an apple pie.  I had never made pie crust before, and I was crying out of frustration at how difficult it was.  When he ate that pie, he told me, "Sis, this is the BEST pie crust I have ever had."  What a guy!

In our group, there was a religious organization for young women called Handmaids of Mary.  You had to write a letter explaining why you should be allowed to join.  Then, you had to be approved and accepted.  It was kind of elite to get in.  You knew you were REALLY good if you got to wear the special dresses and sashes that the Handmaids wore.  It took me awhile to get in.  Shocking!  On my first try, I made the mistake of talking when I wasn't supposed to, and got paddled and kept on silence from my best friend for a year.  (We were supposed to have been admitted the next day!)  Anyway, during the summer this group of girls would get to go on various outings with a few of the nuns.  One of the places that they often went was to our farm in Montana.  They'd spend a day at Glacier Park, a day at Flathead Lake, and maybe a day back at the farm, climbing the hills behind the house.  It was fun.  I liked having company.  Most of my best friends were part of the Handmaids.  But, this summer would be different.  At the end of the summer, quite a number of them were going to be entering the convent.  I was really sad, because once they walked through that door, it was pretty much like the rest of us were dead to them.  I had formed really strong friendships, and school wouldn't be the same without them.  Oh, they would still come to the classes we took, but they couldn't look at us or talk to us.  Fun times, for sure.  I was not looking forward to it.

Summer passed and I survived yet another Espiritu Seminar at Twin Lakes, Idaho.  My friends had already left and joined the convent.  Life went on.  Same crap.  Different day.  Rinse.  Repeat.

In the fall of that year, the girls from the Villa Maria, and the girls who attended school there had a celebration for saints they honored during the month of October.  One of those saints is the archangel, Raphael.  In the Catholic church, he is an angel some folks ask to help them find a suitable mate for marriage.  I LOVED Raphael!  All I had ever wanted to do was get married and have a family.  However, marriage was discouraged.  Seriously.  schuckardt told us that very, very few people were called to the state of matrimony.  Most were meant to be nuns or brothers.  Everyone knew exactly how I felt about that!  No way was I meant to be a nun.  No way was I called to be a nun.  I was counseled that I had a very generous heart, and it would not be possible for me to include God in my life if I chose to marry and have children.  My heart was meant to be shared only with Christ.  During that celebration in October of 1974, I caved.  I said, "Fine.  I will give you my life, God."  And, on January 23, 1975, I along with 2 friends, entered the Convent.

And now, I have to go have a glass of wine! 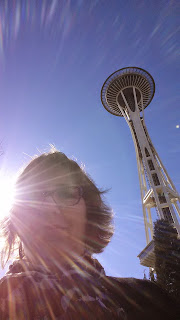