It Never Goes Away 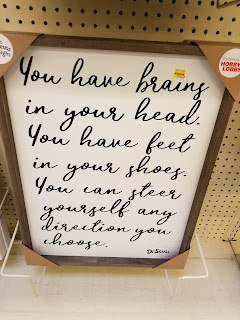 Never.  Ever.  It's always there, somewhere.  Anything triggers it.

In 2014, I was working at my dream job at Total Wine and More.  All the hours on my feet on the concrete floors took their toll, and after only 6 months, I had to quit.  The pain in my feet and my right hip were becoming intolerable.  I have since undergone 3 surgeries on my feet and 2 on my hip.  I have been in Physical Therapy for a couple of years.  I would not say that it has been a piece of cake.  It has been challenging, to say the least.   I have experienced periods of deep, deep depression.  I had been a very active person all my life, and the limitations were frustrating.  So, as I was out walking my 2 miles this morning, I had to catch myself and focus on my form and my balance.  "Suck it in.  Walk erect.  No limping.  Steady gait."  And, I thought to myself:  "I am basically having to learn how to walk all over again."  And, there it was.  The comparison.  The reminder.

I became a victim of a destructive cult in 1967, when I was 9 years old.  As I have talked about in previous posts, for everything we did, there was a guideline provided by francis schuckardt.  It is fair to say that all decisions were made for those of us in the cult.  If we were uncertain, we consulted the "Grand Poobah" himself, and he would direct us as to what was the "will of God".  Even after he fled from Spokane in 1984, that mindset continued in those he left behind.  It then became Mt. St. Michael, CMRI.  They tried valiantly to distance themselves from their roots.  But, still there was that mentality, to some extent, of controlling the way their parishoners lived and believed.  So, from francis schuckardt in 1967 to 2005 at Mt. St. Michael, the way that I was to live was, in some degree, heavily influenced by whomever was in charge.  And, that was NOT me.

You are probably wondering:  Where is she going with THIS?  From my physical injuries and surgeries, I am having to learn how to walk right again.  From 38 years of having others guide me, or even make decisions they determined to be in my best interest, for the past 12 years, I have had to learn to trust myself to make choices for myself.  If you grew up in a family where you were given choices, you might not grasp what I am saying.  There were probably times when you didn't make the best decision, but you learned from that.  That is how it is supposed to be.  Imagine then, trusting yourself at 45 years old to start making the right choices, things that are good for you and your family.  It is a challenge.  Imagine having your spirit beaten down for all those years, and then you discover that you're actually a pretty smart person, and you can choose for yourself......  but, that subject is for another post.