I feel like I am writing a Gospel.  "In the beginning was the Word...." 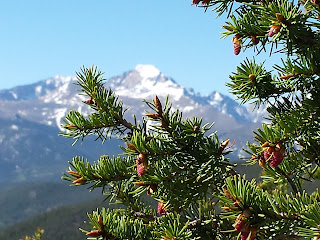 I was born in 1958, the last of 7 children, in Kalispell, Montana.  Mom was sickly after I was born, so my sister, Sue, took care of me for several months.  An attachment was born.  Sue tells me that when she had to return to school in the Fall, I pulled back when she went to hand me to my mom.  Those early months of bonding were formed.  They were formed with my sister, not my mom.  The writing was on the wall already.  Only, I couldn't read what it said.  My mom & I would butt heads all our lives just because.  Throw in the events that took place 9 years down the road, and "butting heads" would be putting it mildly.


My childhood years were rough.  Mom seemed hell-bent on breaking my will and conforming it to hers.  I will just leave it at that.  When I was 4 years old, my sister Sue took advantage of an incredible scholarship opportunity, and left home for the IVY LEAGUE University of Pennsylvania.  I am not quite sure how I survived.  I lived for the times she would take the train home for Christmas.  It had nothing to do with the Peanuts bobble-heads that she brought me and my sister.  It was just so good to have her home.  And, then she would leave again . . . those were sad times.

I started First Grade at St. Matthew's Catholic school  in 1964.  I would only go there for 4 years.  By then, my Mom had become extremely unhappy with the way things were going in the Catholic Church.  She & Dad had always been very conservative politically, and now she was bringing it to a whole venue:  The Church.

In the 1960's, the Catholic Church began to make some changes.  These changes were particularly noticeable in the liturgy - the way the Mass was said.  The old traditional Latin was replaced with the vernacular - in our country, that would be English.  The priest, instead of standing with his back to the congregation, now faced the people.  The people were more involved in the Mass.  A lot of Catholics didn't care for the changes, but they trusted that the Pope knew what he was doing.  And, they knew that the church was guided by the Holy Spirit in these matters.  My mom was NOT among those who trusted.  She knew better.  And, then she met francis schuckardt.  (It is not by mistake that I refuse to use capital letters for his name. I have no respect for him.)  francis schuckardt traveled around the country preaching about the message of Fatima, an apparition of Mary in Portugal.  He also ripped into the Roman Catholic Church for the recent changes.  He told anyone who would listen that Rome had lost the faith.  So, for someone like my mom, he was, literally, her savior.

In 1967, my sister Janet, along with several other young women, left home for Coeur d'Alene, Idaho, to follow francis schuckardt.  Young men also began to follow him and his radical religious beliefs.  Janet bombarded mom with hellish letters telling her that if she chose to continue to attend the "New Mass" she would surely suffer the fires of hell.  We stopped attending Mass at St. Matthew's and my sister and I went to public school for 2 years.  About that time, francis and his followers started a school for the children of the group.  Co-education was a grave sin.  (Of course, you know that if boys & girls are in the same classroom, there will be sexual activity going on in every corner and under every desk, right?)  There were no actual teachers.  Anyone would be utilized to 'teach'.  And so, after 2 years, Janet wore her down.  Mom, Agnes, and Francie would leave Montana and head to North Idaho.   It was only the beginning. 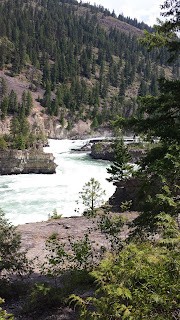